Create a squad. Scavenge for parts. Survive the night. Escape before it’s too late. https://fn.gg/EscapeLTM

You’ve awakened on the Island. Realizing you weren’t extracted after your last Squads match and stranded with 15 others, you now must prove you’re capable of overcoming the wild by making an escape.

The reward for victory in this “Impossible Escape” Limited Time Mode? Not just securing freedom but also the new Impossible Odds Loading Screen and Escapist Umbrella.

There are three Choppas on the Island or one, depending on whether you’re playing the PvE or PvP version of the mode. But escape isn’t as simple as just boarding one. Each Choppa is in need of repair, requiring four specific parts to bring it back into commission. The parts can be anywhere on the Island, but beware: the Island is occupied by savage animals and dangerous guardians, with new threats emerging each time the sun goes down.

As soon as a Choppa is fixed up, whoever’s the pilot must fly it to an escape point before it runs out of fuel. Everyone on board a successfully escaped Choppa wins, but don’t think that ditching your team is a sound strategy to safety…

All players will awaken far from each other, so it’s up to you to seek out fellow strandees to form a squad with. You’ll be given the option to squad up with a player when you approach them, allowing you to communicate with each other with in-game chat (if enabled). Also, many hands make light work, so check your HUD to see what Choppa parts your squadmates are currently carrying. As usual, a squad can contain up to four players.

Though you’ll want to divide the labor, you won’t want to split up. With all the barbaric opposition, traveling alone would be perilously unwise. And depending on what version you’re playing, the opposition could include your fellow survivors. In the “PvE” version, members of different squads cannot harm each other, but in the “PvP” version, civility among squads is surrendered.

PvP only has one Choppa as opposed to PvE’s three, so taking on other squads is crucial to escape. 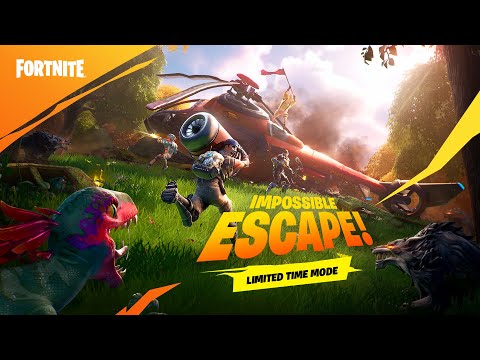 Buy the Book on Amazon